Out of Stock
$74.47
Select options
Added to wishlistRemoved from wishlist 0
Radios & Receiver

$39.89
Add to cart
Added to wishlistRemoved from wishlist 0
Radios & Receiver

$34.57
Add to cart
Added to wishlistRemoved from wishlist 0
Radios & Receiver

$47.34
Add to cart
Added to wishlistRemoved from wishlist 0
Radios & Receiver

$43.88
Add to cart
Added to wishlistRemoved from wishlist 0
Radios & Receiver

Out of Stock
$30.58
Read more
Added to wishlistRemoved from wishlist 0
Radios & Receiver

$21.86
Add to cart
Added to wishlistRemoved from wishlist 0
Radios & Receiver

The 4 in 1 wireless module integrate four RF chips (CC2500,NRF24L01,A7105,CYRF6936) into one single circuit board,with MCU baseplate,can support a variety of remote control protocols by identifying the PPM signal output of the remote control,such as Walkera DEVO,Spektrum DSM2,Flysky,Frsky,WLToys,Hubsan,Hisky,etc. It can control up to several hundreds airplanes (or receivers).
This module can recognize the remote control PPM signal, then converted into the corresponding standard wireless remote control format,which means that in theory as long as the remote control is with analog functions, it can work.

This Multiprotocol TX Module is the ARM board, all protocols are included. It is suitable for many brand’s quadcopters,helicopters and airplanes .You can control RC quadcopters,RC helicopters or RC airplanes flexibility when you insert  the TX Module to your Frsky X9D/X9D Plus/X12S,flysky TH9X,Turnigy 9XR/9XR PRO transmitter. As long as your transmitter can use the Open TX firmware,it is compatible with this module. You will get many new ways to control the RC models.

Compatible Transmitter:
Frsky: All the frsky transmitter
Futabas: Futabas S-FHSS transmitter
Flysky: TH9X (Note: The plastic base of the pins on the transmitter needs to be removed to fit this module.)
Turnigy: 9XR,9XR Pro
Others: Other transmitter that can use the Open TX firmware.

Compatible RC Aircrafts:
Supported Brand :Cheerson,Syma,Wltoys , Eachine E010(Most of these brand’s quadcopters, helicopters and airplanes are compatible but not every model.).

Features:
– Upgraded ARM board,all protocols are included.
– For OrangeTX, all CYRF6936 based protocols are included.
– Suitable for many brand’s quadcopters,helicopters and airplanes .
–  Multiprotocol TX module,as long as your transmitter can use the Open TX firmware,then it is compatible with module.
– Multiprotocol hexs/bin files attached have been compiled with the source files dated of 19/12/2016 using the default settings AETR, telemetry enabled, serial mode enabled and ppm mode enabled using default table. INV versions have inverted telemetry set which is a must for OpenTX while the others are compatible with er9x/ersky9x.
– For Atmega328 boards, some RF modules (and associated protocols) have been included in each hexs to fit in the Atmega328. For example Multiprotocol_V1.1.5_A7105-CC2500-CYRF6936.hexs means that protocols depending on NRF24L01 protocols are excluded.

Note:
The above protocols are transplanted from open source projects based on the remote control Walkera DEVIATION,the the original author have tested almost the protocols,but he is not specially test for this 4 in 1 wireless module,the protocols our supplier tested have been stated above,untested protocols does not rule out is not supported,but there may be a problem of program configuration,so not rule out the subsequent firmware can support.

Open source protocol is mostly cracked,protocol version is constantly updated,inevitably there are omissions. Including but not limited to the following issues:
– Part program version DSM2 have protocol compatibility problems.
– Some receiver (original AR600) need to rebind per use,some receiver (Spektrum integrated receiver) frame rate is a bit slow. This issue basically determine the problem is on the program itself. 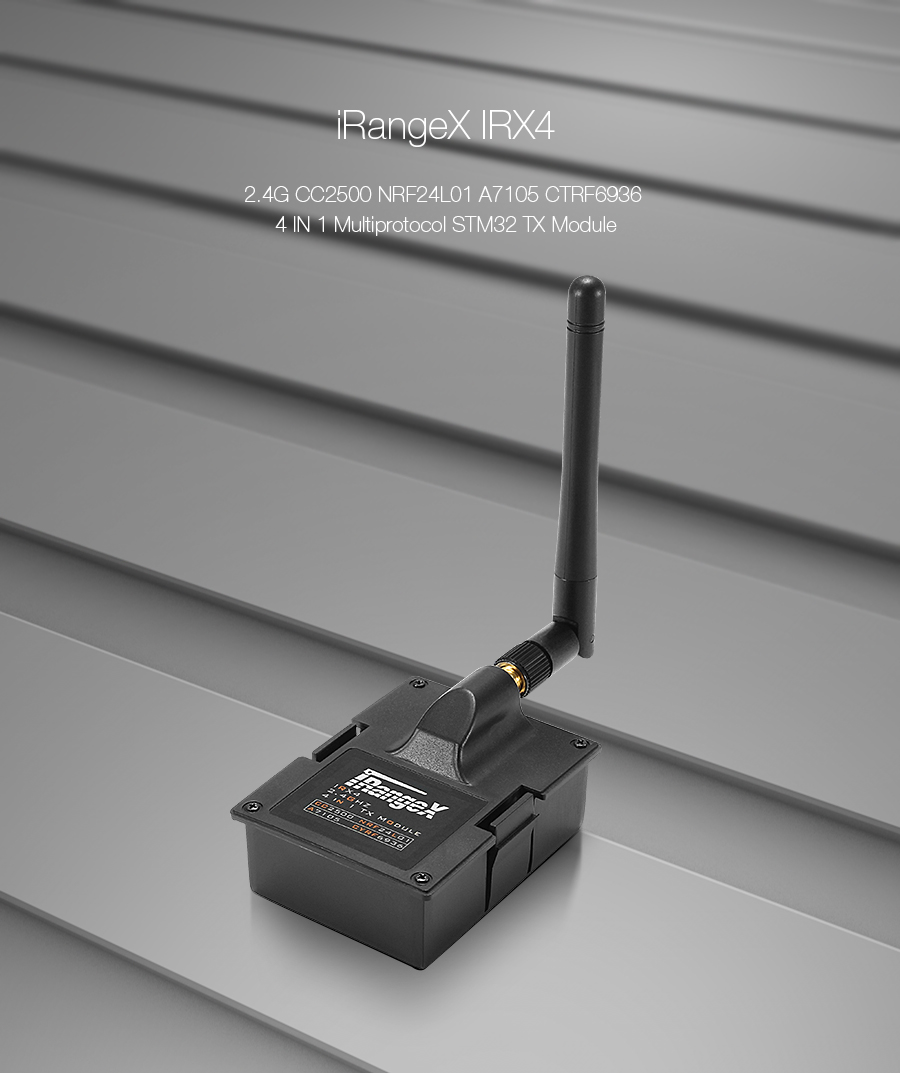 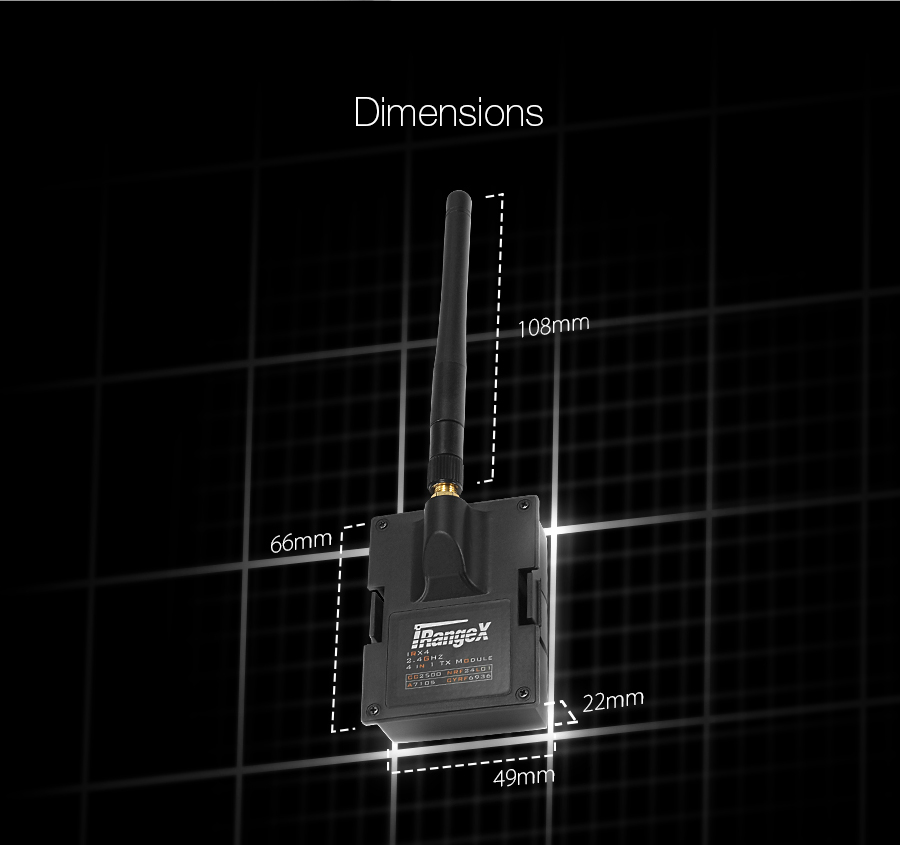 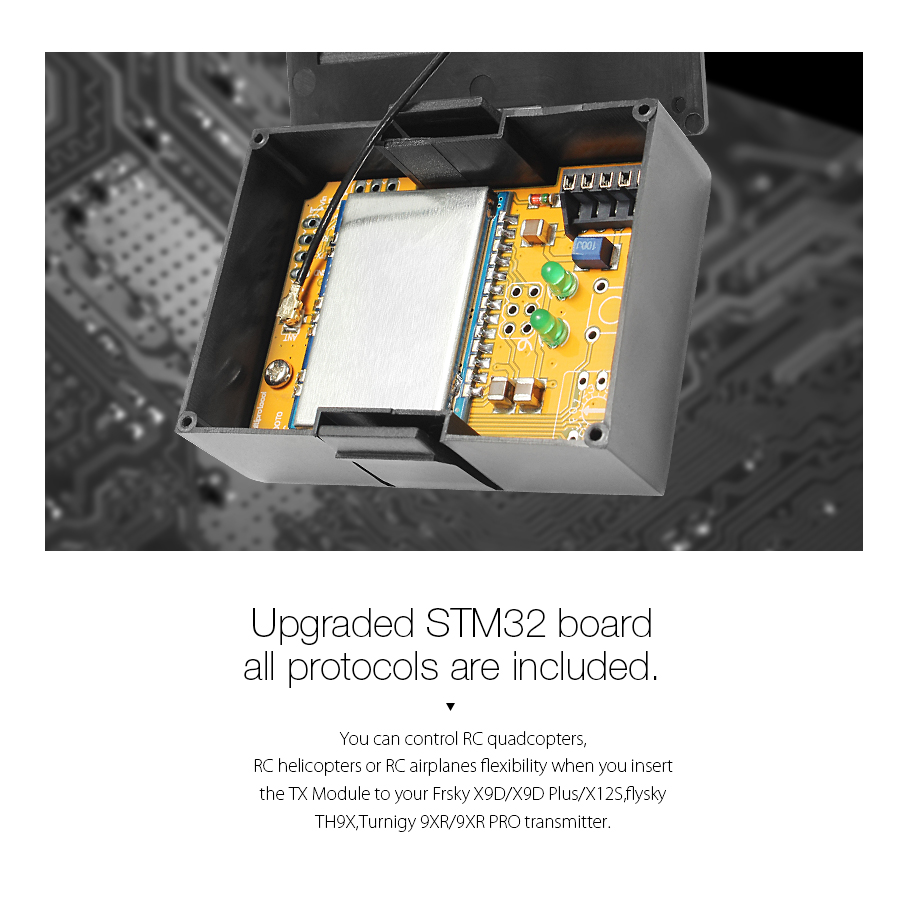 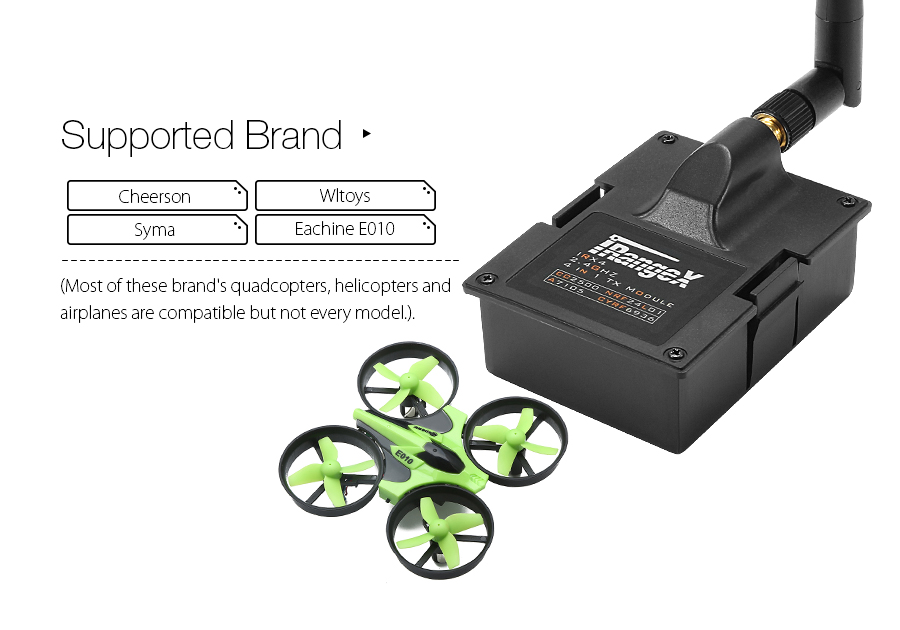 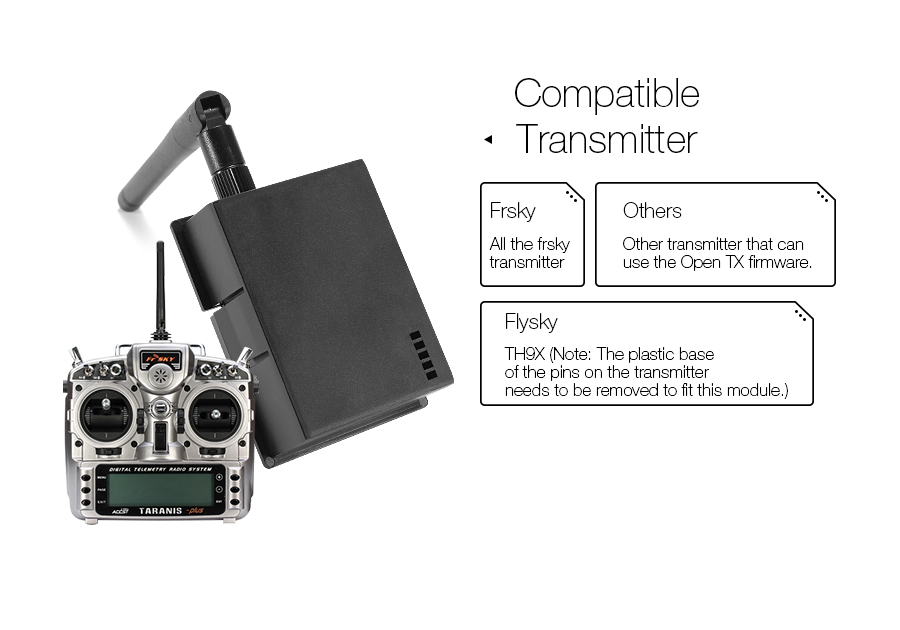 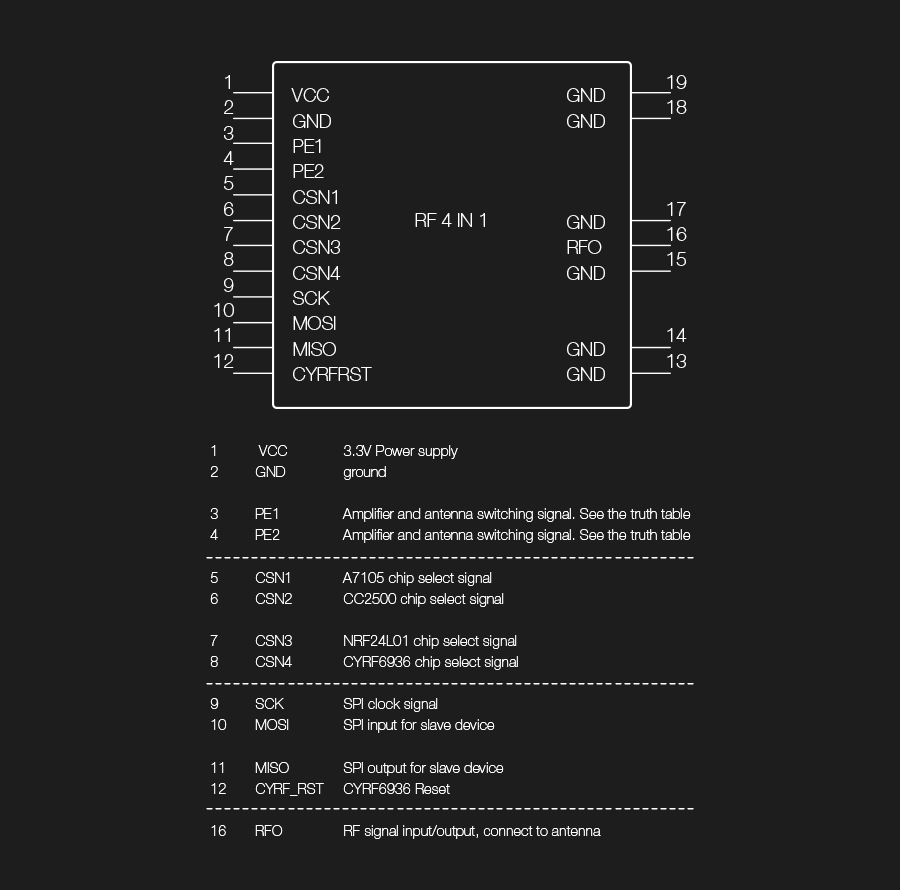